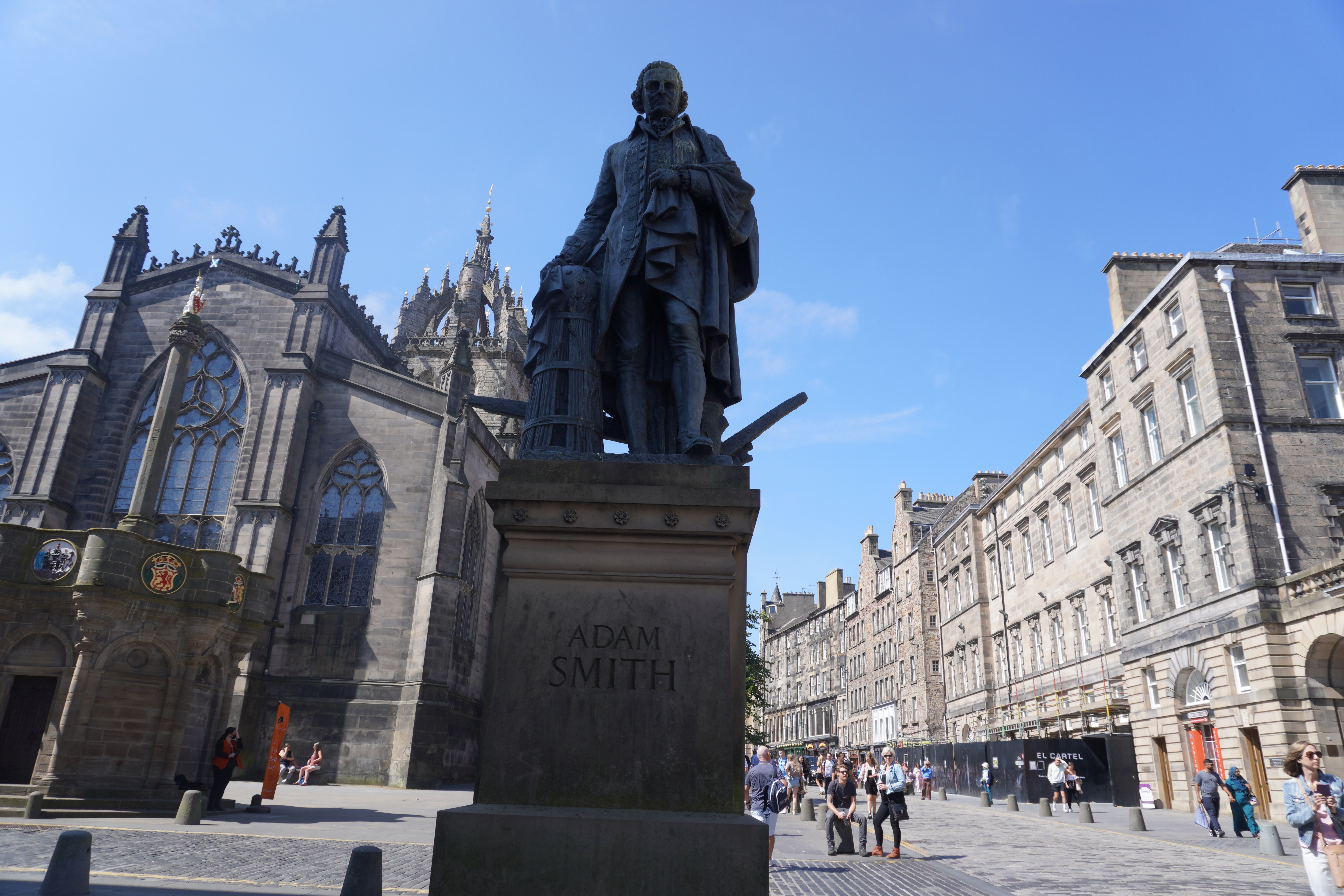 Apologies for the radio silence: non-work-related life events rather overtook me over the last few days, and I have only just surfaced. But I have been itching all weekend to write about my visit to National Library of Scotland on Friday. I had a 5 hour slot there: once I had signed up for a library card (I am going to have to buy a new wallet to carry all my library and archive cards), I headed up to the Special Collections room, which has a splendid view of Edinburgh. However, I barely had time to appreciate it, because (you guessed it) I had so much material to get through. I also wasn't permitted to take photographs of any of the material on this occasion, and so I had to take notes at top speed: 6,500 words of notes in 5 hours. Afterwards, I spent an hour correcting those notes, as they had so many typing errors, some of which were so egregious that it took me some time to work out what I had intended to write.
I was looking at the Minute Books, accounts and miscellaneous papers of the Highland Society of London, a society which exists (still) to promote and support the culture and traditions of the Highlands of Scotland. Even by the late eighteenth century, there were several Highland Societies in existence, in Scotland (particularly in Edinburgh, Dundee and Aberdeen where Highlanders had moved for work), but also in London and further afield. In passing, I came across mentions of Highland societies or clubs as far afield as the former Madras and Cape Town, a reminder that Scots have emigrated all over the world for many centuries. The Highland Society of London was established in 1778 by a group of twenty-five London-based Highlanders. It was immediately able to influence political-making to benefit Highlanders and the Highlanders, for example procuring the repeal of the Disarming Act, which had, since the first Jacobite Rising of 1715, made it illegal for Highlanders to carry arms, or to wear traditional Highland dress.
The Highland Society's records include exceptionally important Gaelic manuscripts, and papers relating to the original publication of James MacPherson's Ossian, but I was looking for something much more incidental, something I don't believe has been examined in the past - the role of music in the society's meetings. I wasn't particularly confident of finding any detailed records of the music or musicians played for the society, but I was to be proved entirely wrong! From the early 1780s, and particularly during the last decade of the century, I was able to learn exactly who played at each meeting, how much they were paid, the instruments in the band, and what kind of music was performed and when. Most excitingly, the band was led by John Gow, the younger brother of Nathaniel Gow of Edinburgh, and on one occasion, both brothers performed together, presumably when Nathaniel was in town for a visit! I won't give away every detail here, but suffice to say that there is enough material there to demonstrate that the Highland Club of London was one of the most significant sites for the performance of Scottish music in the capital from the last quarter of the eighteenth century. I'm really looking forward to writing all this up when I get back to London.
From reading the society's minutes, it was immediately clear that the society attached great importance to Scotland's musical tradition, but particularly to what it considered to be Ancient Celtic music. Interestingly, this also included Irish and Welsh music, and, in 1783, a somewhat amusing incident occurred relating to some harp lessons in Wales. Upon learning that that the society promoted Celtic music, a Welsh harpist, Mr Gywnne, wrote, offering to teach a young Scotsman the harp, and to have him live with his family for the duration, until he was competent enough to return to Scotland and teach the harp himself. The society was delighted at this offer, and sourced a young man from Kintail, Christopher MacRae, and paid for his journey to London and accommodation upon his arrival. Almost as soon as he arrived, however, the aforesaid Mr Gwynne wrote to say that that the deal was off - he had found a young Welsh harpist who fitted the bill much better. The society now had to decide what to do with MacRae: desperate to fulfil the obligation to teach him in the harp, they sent him at their own expense to learn with another harp teacher in Wales, but the expenditure was far too much at a time with the club's finances were not secure. In the end, he was recalled from Wales, and packed off to Jamaica with a commission in the army, never to return to Scotland in a musical capacity!
After an exhausting week, I have had a slower weekend. Yesterday, I spent the day as a tourist, visiting St Cecilia's Hall and the Musical Museum, then walked to Leith along the water of Leith, where I ate ice-cream while watching Eider ducks swim underwater! Today, have spent the entire day dozing and watching Gilmore Girls on Netflix. I hope my brain has enough rest for tomorrow's visit to the Wighton Collection in Dundee...
Cheerio the Nou,